[Intro: Talking]
Ha ha, check it out right
Niggaz be talkin and shit
I've been hearin a lot of shit nigga, you know what I'm sayin?
This nigga said somethin about this nigga
This bitch said somethin about that bitch
Tell'em what you heard, I'm just takin it all in
I'm just sayin what I heard nigga

[Verse:]
Listen, I heard Suge smacked Game
I ain't say I seen Suge smack Game
I said my man told me Suge smacked Game, down in Miami
I just came back from down in Miami
I don't like no fake niggaz standin around me
Buck said Cam'ron fucked around and got robbed in Cali
But I heard it wasn't true, I ain't gonna spread that around dude
But the news said [?] Zeek snitched on you
They say Puff is the reason why Shine in a box
If I was him I'd come home and put Puff in a box
Heard DMX puff a lot
They say when the boy roll up his blunts he like to stuff in the rocks
Don't ask me I don't know if it's wrong or right love
Heard Foxy got her ass whooped in a night club
Don't blame me nigga I ain't make this stuff up
If half of it is true than I guess that's fucked up

[Chorus: x2]
He said she said
Nigga I heard the same shit you heard cause Rumors spread
These industry niggaz is worse than bitches
They all run they mouths, some get vicious

[Verse:]
Listen, I can't belive niggaz fightin over bitches anyway
I heard Carmelo stole my man Suger Jay
The industry sayin Mase leavin the game
My bitch from Jersey told me that Jaheim was gay
He ain't the only one that don't like pussy
I was in jail when I heard Trina do like pussy
Heard Gloria Malez like to sling her pussy
Got on a DVD and said Buddens ate her pussy (Damn!)
Niggaz talk but they don't really live
Got this Gorilla nigga tryin to sound like Big
The other day a nigga came through the hood with juice kid
Showed me two chains that belong to Woo-Kid
Let me tell you what I heard through the grapevine
The streets is sayin that Brooklyn is all mine
I heard these niggaz is scared of me
They said the industry ain't pepared for me

[Verse:]
Listen, I was readin the daily news
When they said they had flicks with Lloyd Banks havin sex with a hairy dude
In the hood they say (?) is a scary dude
He from Marcy but he don't even come through
I heard Kalise head game is the bomb
She was Pharrell's bitch before she got with Nas
Some rappers don't play with they broads
Cause I heard Mack 10 ain't got a problem beatin on T-Boz
Look y'all it's what I heard I don't know if it's all fact
I'm just tryin to bring New York back
This is New York rap, now who want that
The whole industry's fake I know you heard that

[Outro: Talking]
Ha ha, all these niggaz is pussies anyway
Talkin and runnin they mouths and all that
Yeah! 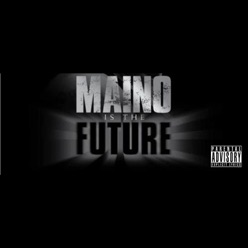 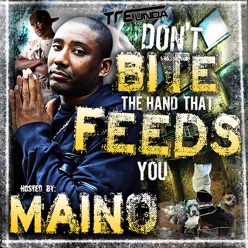