Stupid on the Street

You see we're only stupid people
Stupid in the first degree
Who could be more stupider than you or me
Stupid on the street, dude, dig it

I couldn't learn to break dance or do the funky body pop
Talk about the sidewalk, don't you ever stop?
Long on attitude, yeah, we've been acting indiscreet
Gone got stupid on the street, dude

Your electric shoes and your groovy untouchable style
You either got it or you don't
Terminal delinquent, can tell by the way you never smile
Aw, what's all this?

Stupid on the Street de Flesh for Lulu 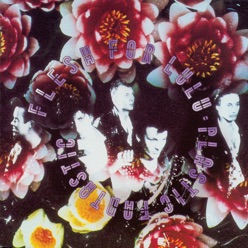