My name is Alice Walker, they never told me why
I'm not named for anybody, it's a name out of the sky
They thought it was pretty I guess, way back when
I'll change it some day
I like to pretend, I'm Just a visitor here
Like on one of those shows
In a house full of people I don't hardly know
But we'll all get to home in a week or so
Back to real life

They got this duplex up on Fire Line Road
It's way out from town, so the rent's pretty low,
Not much more than a cinder block cell
Just like the one next door
And the next one as well

And the bus don't run out here but three times a day
The 7-11, it's a full mile away
And there's a car in the yard, mostly rust and dents
We moved here in it, but it hasn't run since

[Chorus]
Forget my name, can you forget my face
Gonna lose myself in some finer place
Finer Places, where I'll go
I'll leave no trace out on Fire Line Road

And there's a pile of daddy's quick-picks scattered on the floor
Among the half empty bottles, that chair against the door
In case he comes home drinkin', with lovin' on his mind
I'd never let it happen, but that don't stop him tryin'
My sister weren't so lucky, he got to her too soon
She never saw it coming, he knew just what to do
To keep her silent
I swear to god I'll kill him if I can
He said she made him do it, after all he's just a man

Now she snorts that crank, and stares at the phone
She ain't big as a minute, just skin on bone
She bites her nails right down to the quick
And they've taken her babies, and they won't give them back
And I know she loves them and god knows she tries,
But when you're that far down you're just going to get high
It's like eating or breathing to the rest of us
She can't even feel bad without the stuff

My name is Alice Walker, they never told me why 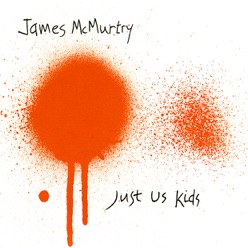