[Chorus: Mighty Ha]
One to the chest, two to the back
Three to the face with my gat gat gat
Keep a close casket, made a son a bastard
Got to stay strapped, put the Cru is comin back

[Yogi]
Loungin with my Cru, above Meck and Harmony
Bringin like 13 other niggas, at least
Took them for some action, cuz we love to party
The Double Agent, Biggie Smalls and B.D.P.
So um, walked up in the spot, pisses
Hugs, frowns, hugs, disses
Walkin thru the crowd I bumped into Russell Russ
Huggin me some love, you rich motha fuck
Everyone was there, representin
Just a good shit, Funk Flex, representin
All of a sudden I thought shit gettin thin
Wu-tang actin up with their group from Shaolin
Erick Sermon tried to representin his Island
He said "Hey", niggas joked him
Redman seen this nigga, uh nuh that's his brother
Jumped over the bar like he was Soopaman Lova
Jersey had his back, that's a fact
But B.D.P. was out to hit this nigg' with they classic traps
Six minutes, KRS you're on
The bridge is over, South Bron drop the bomb
Nas and his boys were in there livin "Kill that boy"
Oh shit, in the gutter
Everything went wrong, Biggie Smalls yellin
"Can't we just all get along?" Nope, It's Armageddon

[Chadeeo]
Oh shit, all hell breakin loose
Instead I should of went to that party at the Muse
For ugly, I didn't and here's where I'm at
Chill, is that Q-Tip pullin out a gat
Damn, now I know sumthin really on
First to bust off, Fat Joe from P-Long
Black Moon caught mad brooms and they done
Method Man, murdered by the same gun
Kool G. Rap lickin shot and KRS
But he didn't die fast cuz the brother had a vest
Ooh, nigga took Kool G. with him
Both dead from head wounds when the lead hit him
Everybody going buck nuggy, word life
Rakim throwed slit by Eric B's knife
Damn, three kisses gettin iller than I thought
Playin the back on the law, so I won't get caught
Wonder where Yogi is at in this piece
LL slumped over the bar, deceased
Redman, a dead man, eccense forever
Latifah in the corner with a fuckin head sever
But as I look around, know everybody's dead
Wait, what's that code shit on... 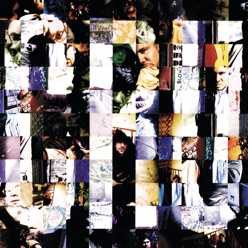