Raised on words like "punishment" and "God will get you
If you don't do what you're told."
Nuns turned children into fearful right
handed little
Servants of the Lord

'Cause I got visions forming in my head
And I keep hearing what the preacher said
Said this world will be the death of me
I know it will, it's bound to be
Bound to be"

Satchel full of broken hopes and empty picture postcards
That she'd never send
Her mama sitting on the front porch step
Daddy frowning in the darkened doorway, waving his regret
Then she was jumping on the Santa Fe, summer night in 1947
Bound for God knew where
And she said, "I can see destruction fast approaching.
I feel it in the air. I feel it in the air.

And I got visions forming in my head
(See the blood on the horizon)
And I keep hearing what the preacher said
(Said the truth will set you free)
Said this world will be the death of me
(I got no one to rely on)
I know it will, it's bound to be."
(Except for me...)

On a road in Valparaiso, she met a hobo named Old John
They hunkered down in a gazebo, and chose a star to gaze upon
Old John said he could see her slipping, and he asked her what was wrong
She said, "The rope I had been gripping turned to sand
And now it's gone, now it's gone.

Bound to Be de The Gathering Field 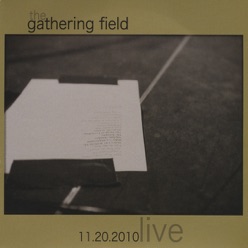 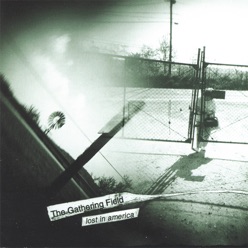