I dreamed that I was at a club scene where all the thugs be
Every criminal mug be living in luxury what the fuck G?
That must be Bugsy in the black tux over there with Lucky
Bring my heater niggaz might try to slug me
Take me out in back of the club and buck me and touch me
I felt a hand tug me then turnin around I peeped the lovely
Fly face fat ass gave me a glass of bubbly said
"Compliments of Bugsy " then took me across the persian rug to plug me
He shook my hand and hugged me; thought he would do me ugly
but he dug me, pockets chubby said, "Nino where them drugs be?"
Over there by the derby, buy they dirty devils from me
to keep my paper sturdy, yo word G
I ain't afraid to get my hands dirty, you heard me?
I be D and fuck all that living thirsty, so Nino
do his out in Jersey, showin no mercy, with Frank Nitty
who else and, some nigga with a Babyface that they called Nelson
Bad for your health, Machine Gun Kell' and your Dillinger
Death messenger, known to carry the six cylinder
Look for my army, fatigues to Giorgio Armani's
Holdin the Tommy, no one can harm me; Will and Tommy
tried to alarm me and quote, he turned to smoked salami
Dead as a motherfuckin zombie, full of my ammo
With Bugs Mirando, against the grain so, gotta send him
over the rainbow, he must be brain slow, caught him down
at the train po' in Santo Domingo, left him for dead
Two bullets in his Tango, like how that movie Shane go
Frank Costello, hostile fellow, he murders while remainin mellow
but most of the niggaz on his team was yellow
Cold blooded veins flowin with red Jell-o
There's Joe Adonis, had mad dramas, won't hesitate
to put you in pajamas, fly hooker fine as the Pocahontas
Beauty queen you'll wanta pok-her-hiendas
Frank broke a promise between the organized crimers and old timers
Costello gotta go six below, nobody voted no
to veto, so they hit him with a hollow torpedo
Up in his torso, he ain't a boss so, he can go
without ever lettin the whole police force know
Lex Diamond was scheamin on Capone's scroll
Wanted to own his whole zone, it leaked out
They shot him at a pay phone
with the big chrome, his whole wig blown
Blood flowin from out his flesh and bones
At the wake at the funeral home it's havoc
Family got hit up with automatics
Non-stop static inside the rackets
Jack McGern was burnin split Joe Adonis cabbage
The underworld was goin savage
Pretty Boy Floyd was non-void, unemployed, he destroyed shit
with the Infamous click, wasn't to be toyed with
Mad jealous of all the liquor sellers
Shinin with wine cellars, turn em from hood dwellers to Goodfellas
Me and Nitty was like bank tellers, nothin niggaz could tell us
We drove all over, I pushed a shiny yellow Testarossa
Moved on it closer get the toaster
Started to feel like death was closer, I hit Capone hard
Murder him and his bodyguard in they car and dust the chaffeur
Beef over, I blew him like a supernova
Niggaz nicknamed me, The Black Cobra
The Lady Casanova, yo I'm even deadly when I'm sober
Act like you got a chip on your shoulder
And blast the two right through your boulder
Money you didn't know they shoulda told ya
Nigga you fuckin with a soldier, wake up and smell the Folgers
Niggaz out here done lie in piss to cover up the odor
Operations from here to Minnesota to Dakota
But yo here comes Greasy Thumbs, who wants to get the easy funds
He whispered in my eardrum
"Let's take over the entire city, and split the dough
Me you and Frank Nitty and Siegel and that'll make the bank pretty"
No doubt before we go we gotta murder John Torre
Yo get all his territory dough and end the story yo 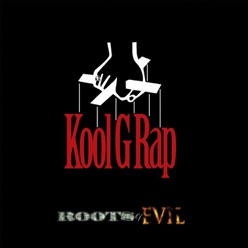 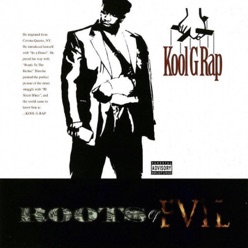