Now here's a song all about the flows
All about the plastic that's in between my toes
All about the hip hop all about the flip-flops that I rock
And don't ya know they are locales
I got em in hawaii yea waikiki
But now I'm going back to cali
Drivin with my friends gonna surf in the ocean
From santa cruz all the way up to oregon
They got me laid back feelin that warm tap
Slappin to the bottom of my feet
And jamming on the beach yea rappin to the beat
I'm gonna take off my shirt and get myself a tan (what?)

Yes, yes ya'll rock rock ya'll non stop ya'll
Check it out ya'll
Portland, oregon, seattle, washington
Chi-town, inglewood, new york, boston
West coast, east coast, pacific ocean
Stopped at the atlantic just to stick my toe in
Rode in airplanes, subways, taxis, ferries,
Trains all the way across the usa
From nashville to memphis, atlanta, st. louis
Ran a marathon and got first in the us
From texas to phoenix to cairo in egypt
The belly dancers danced as I ran with achievement
In sync with the flips of the flops that I rock
I stopped in miami and I said 'what?' 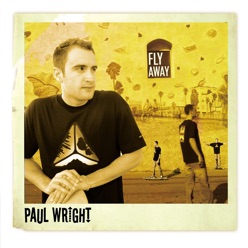