Ghetto mythologies colonize my mind constantly
To shine sonically in the Chi, divine comedy
I vibe consciously to override suicide
Inside, honestly 'cause they don't wanna honor me and honesty
Black king poetic with Nat King's aesthetic
Half dream, half machine with a black queen's
Get naked for a dollar from a scholar like me
Not at all bothered by what outsider might see
Flippin, a thousand grams get dissolved in the kitchen, heart wrenchin'
Heart wrenchin', part played, took away from my ascension
Crooked ways brought from car lookaways from tookin' J's
But it's too late for your prevention 'cause I'm playin' my position

Killer friends, dope dealers concealing sins
Sin and swim in my trunk like jumps deeper ends
We the gems, your daughter, we'll teach her hymns from the annals of
Crime channels that dismantle her once so we can mend, send 'em back
A livin', I'm feelin' trapped
We're no religion but brimming with brilliant facts
So we map, cast distorted role of a lady
With no control, let it go, hold onto baby
I wanna see it all
Never half asleep so niggas can't see the walls
'Cause of the masterpiece my data breach like hacker leaks
Delete the McAfees and slam the backdoors in back of me
Social engineer appears steer her to give a chat to me, happily
Actually activated off accolades of my apogee and act yakkity
Then deeply speak it back to me, then move it further
We can have a junta or a jerga
I smurf it and spoof the server, reboot and produce a cursor

Deny the service and a little blue from the boycott
Advertise rum, space available on my toy box
But no sleepin' on me, dig deeper than reachin' shorties
Scheme for giant green, getting cream sweeter than bein' corny
Know the difference between bein' in love and bein' horny
Bein' hated, bein' human, bein' a team but bein' forty
They like to get 'em Young like I'm Brigham's son
Be more man that my attitudes, no ladder rather have a youth
Like the OGs pullin' Benzos out, they make 'em put
They pussies out like Fred Flintstone's house
Heart blacker than the back of Fred Flintstone mouth
I may be more like Barbara Casey, take the Timbo route to be a man now 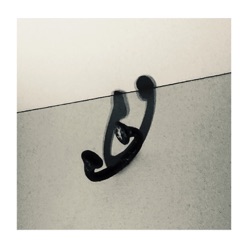