When my mother told me don't forget your rain boots when it's wet
I listened up, just like a good, good little girl
And when she prudently suggested I should lose the cigarette
I knew that bit of wisdom was a pearl
But in all of the advice that I collected through the years
I admit to you, with trepidatious dread
Unfortunately, there was some that whizzed right through my ears
Ah, WHERE….? WHERE was my mind, when Mother said…

Avoid navel-contemplating floppy haired actors originally from Baltimore
Who excel at mime, collect stamps and have issues with their mom
Sure at first they're very charming, their attention is disarming
But give attention in return and dear they'll drop you like a bomb
Yes, do avoid REO Speedwagon loving Christopher Walken imitating thespians originally from Baltimore
Who can't piss unless their shrink says it's ok…
Why let them break your heart, dear?
Put your head on and be smart, dear
Put some bug spray on and make them go away.

When my daddy told me look both ways before you cross the street
I took his words to heart and I complied
And when he told me be yourself, and I should march to my own beat
I did — and found THAT truth was bonafide…
But in all of the advice that I collected through the years
I have to say, I am a bit surprised
I missed the best advice that Daddy trumpeted my way
Ah, where… where was my mind when he advised…

Avoid narcissistic alcoholic think-they're-French-but-they're-not waiters originally from Baltimore
Who deflower you, carry a copy a Fountainhead in their pocket and lie about their age
Sure at first their eyes are steely, and their words are touchy-feely
Have them cheat upon you twice and my advice is more than sage
Yes, do steer clear of Renaissance festival loving food service consultants originally from Baltimore
Who say they dance with NYC ballet but are really an administrative In-TERN

The singles world out there can be a scary land
I have to ask, is it me, or is it Maryland?

So if you can possibly avoid it, don't fall in love or lust
Or have crushes on Boys from Baltimore
Though indeed at first they seem filled with style and class
Sure Cal Ripken's charm is actual… but he's married and it's factual
Pamlico is not the only place you'll find a horse's ass
Yes, at all costs avoid ridiculous though amusing experiences cultivated in Baltimore
Barry Levinson, I mean no disrespect
If you have to go to Baltimore, and meet boys, do not marry em
Although it's true I've heard that they've got quite a nice Aquarium
Ladies, take your hearts and run as fast as little legs can carry em
From Baltimore…

There are better boys in Boise
Boys in Boise always call
You'll have better luck in “Josie”
Or St. Paul…
Well, not St. Paul

But no matter where life takes you
It just makes no sense to fall…
In Baltimore.

Hey, where are you from? Silver Spring? Oh! 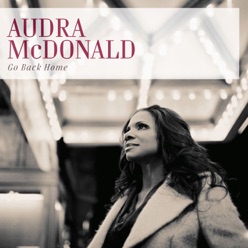