Life goes on, I mean last year was a good year
But not a great year!
I mean umm, it was a good year
Because umm.. we accomplished a lot of things
I mean we sewed up the West side, the East side, the North side
Even umm, everything way, way, way down south
You know, I mean, uh, I even heard they umm, label us as umm, the bad boys
I mean, fuck them
You know, if that's so
I guess, we better take our chance, ha ha
I mean players I even heard that we'd being known to pimp a ho' or two?
You know, true, true, I mean yeah, that maybe true
But umm, its not what they know its what they can prove
No, no, I mean I once knew a player
Who umm, woke up on the right side of the bed
You know, he was living fly and had all these fancy things
But when he got greedy, the nigga played himself
You know, on the next day
He woke up on the wrong side of the bed, umm dead
I mean, umm stepping on number two to become number one
I mean, I'm mean, we bigger than that
I mean, umm you know, it used to be a zone here, a zone there
I mean, there was a flock of birds here, a flock of birds there
I mean, it all mean pigeons baby
You know I mean, we wanna enterprise
I mean, we wanna extend what do we wanna enterprise
I mean, like umm, yeah, ho's

Playlude de Above the law 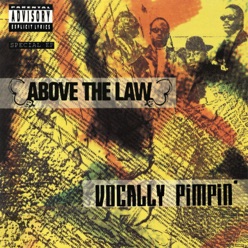 Above the law en Enero