Everybody Loves / The Def Of You

Tammy Vanity, pretty as the ocean on a summer day, shallow as a puddle

She does it cause she loves it
But so do I, so who the hell am I to judge it
I still do though, it's always easier to point out somebody else's problems than face ones than you though
Her drug, the life and she used me to get closer to it
And I ain't no better, cause I let her do it
So we both lying
But she so fine
So is it her problem, or mine?

She only love me when I'm on top
Only time I hear from her is right around the BET awards
VMA, AMAs and Billboard's
Asking me what I'm nominated for
Or if I'm performing
She be like "Don't forget to call me for the party"
Only love me when I'm hanging with celebrity friends
Use me to get closer to them
Chris Brown, Trey Songz or maybe even Jigga
She be like "If you going can I come with ya?"
"And can you ask Trey if I can get a picture?"
Table hopping in the club
But for some reason she always get love

Text her just to chill, random nights, no response
Grammy weekend roll around
She texting me like "Sexy, what ya doing?"
When any other time it's me pursuing
Concert coming, telling she looking for tickets to it
Asking who I'm cool with
When she need the hook up, it's me she look up
Ooh and I know to her I'm just a free ride
But the sex is so good that I let it slide
No I'm not proud of it, I'm really not
But I cannot deny she's really hot
When she come through with all that ass she got
Table hopping in the club
And she do it cause she knows she'll get love

What's wrong with you man?
You been fighting niggas in the club now?
And over what, a bucket? (Excuse me?)
Shut up, ain't nobody talking to you
Yo, (Whatever) you need to check your self bruh
What you catching feelings now, you know what these broads is about, get off that
I'm telling you, these broads gon' be the def of you, gonna be the def of you
You hear me? Ne-Yo? You listening?

Everybody Loves / The Def Of You de Ne-Yo 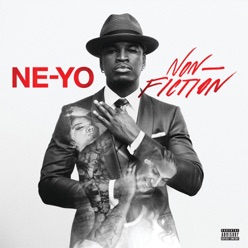