[Chorus]
He believed in the good Lord above
A straight shootin' rifle, and the power of love
He believed in why the blood was shed
And if he couldn't be free, he'd rather be dead
And to never give up on your dreams
But most of all, yeah, most of all he believed in me

Well, he had his own opinion
About the world and its condition
Spare the rod, spoil the child
You'll reap what you sow if you let it grow wild
You just gotta deal with the hand you're dealt
Never give up, and you'll never really fail
But the greatest thing about dad to me
Was the fact that he believed 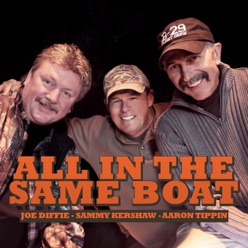 All In the Same Boat
2013
Ver todos los discos