I can't understand...
(I'm going crazy, you're going crazy) in the background

Verse 1
For give me father for I have sinned
I've just destroyed another phony ass rapper again
She wasn't causing it
She must have been stupid as a fiend
He should have told her child you don't step to the queen
Perplexed and I'm vexed cause everywhere i go
People be flexin and expecting me to wanna flow
I don't play that the only way that i will be playin
As if I pay back you wanna play back so what you sayin
You don't wanna be a sister in the name of rap
Yet you wanna talk shit and your style is whack
I would have squashed it before and made the whole issue dead
Now I'm fed so it's off with you head
Now the moral of the verse is that your career is thru
And don't be fuckin with nobody who aint fuckin with you
If I were in your shoes, i let there be a start walkin'
Next time there will be no talkin'

I cant understand...
(I'm going crazy, You're going crazy) in the background

Verse 2
A brother pushed up on me at the movies one weekend
He was on a quest and I wasn't ?even seekin
I know though I'm black and he was a Puerto Rican
It made no good to me cause so we continued to speakin
We hit it right off and everything was on a roll
Before i knew it I fell in love with his soul
"Aye poppy aye" was the cry as he made love to me
I was freaked by the way he just to do me
And then one day when I was washing our clothes
A number fell out of his pocket and her name was Rose

I can't understand...
(I'm going crazy, you're going crazy) in the background

Verse 3
Now with the drums, to the bass, to the piano and to the horn
It's a crazy ass life and that's my word is born
I'm trying to be as logical as I possibly can
Before the life of me
You know I just can't understand
What's going on sometimes
Some situations like this come out in my rhymes
But Queen Latifah ain't gone just yet
Cause when it's come to mastering confusion I'm a vet

I can't understand...
( I'm going crazy, you're going crazy) in the background 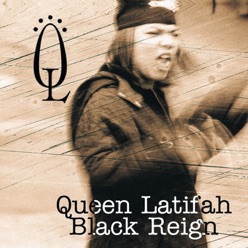