The point on the water, there's a change in the air,
A vibe in the darkness but there's nobody there.
I look for the reason but there's nothing to see,
Just a hole in my memory where my mind used to be.

Tell me why
Can I find no relief in my heart.
I reside
In a world that has fallen apart.

Out of my mind, baby, show me a sign, baby,
Show me a way to get back on time, please.
Where do we go, baby, how will I know?
Who holds the key, is it hidden inside of me?

But why should I worry and why do I care
When this road that I walk on is going nowhere.
I stand and I study every face in the crowd,
See the fear in their eyes, they must be thinking out loud.

Scratching the surface, it all looks the same;
A world full of anger with no one to blame.
But who can I turn to? Who holds the key?
And who has the answer? I think it's inside of me.

All things considered it looks as though Utopia were far closer to us than
anyone, only fifteen years ago, could have imagined. Then, I projected it six
hundred years into the future. Today it seems quite possible that the horror
may be upon us within a single century. That is, if we refrain from blowing
ourselves to smithereens in the interval. Indeed, unless we choose to
decentralize and to use applied science, not as the end to which human beings
are to be made the means, but as the means to producing a race of free
individuals, we have only two alternatives to choose from: either a number of
national militarized totalitarianisms, having as their root the terror of the
atomic bomb and as their consequence the destruction of civilization (or, if
the warfare is limited, the perpetuation of militarism); or else one
supranational totalitarianism, called into existence by the social chaos
resulting from rapid technological progress in general and the atomic
revolution in particular, and developing, under the need for efficiency and
stability, into the welfare-tyranny of Utopia. You pays your money and you
takes your choice.

Inside Of Me de Eric Clapton 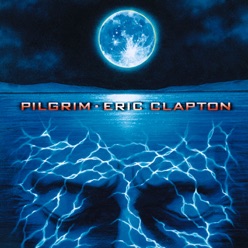