Well, it was Friday night last week we got pulled over with an O
53 and Ogden by a condescending po

Tried to fill his quota book

Stopped us no reason just the way we look

But we were not worried cause

Costly, it was good bud though, I admit

But I don't wanna be a part of it

I will not give in

We must change from within? the system

They call us hopeless dreamers

They don't know what we are

Then they pulled us out of Cockboy's Caddy?"Hands on the hood!"

Pat down I knew he had a wood

Touching me only where my girl should

Yeah, to fuck with the system you need much wisdom

But first, but first you gotta work with them

Probable cause has definite flaws

It's up to us to change the laws

Now, show me where's the legality

When you use your authority

To just instill fear in me

What's up with your power trip?

So tough with your fake authority

Some day you'll learn you're the same as me 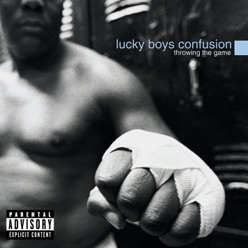