Well, you'd be shocked at the state of things
The whole place had just cleared right out
It was hotter than hell, so I lay me by a spring
For a spell as naked as a trout

The wandering eye that I have caught
Is as hot as a wandering sun
But I will want for nothing more, in the garden
To start again
In the hardening of every new heart but one

We broke out hearts in the war between
St. George and the dragon
But both in equal parts are welcome to come along
To come along, I'm inviting everyone

Farewell, to loves that i have known
Even muddiest as waters run
Tell me what is meant by sitting alone in a garden,
Seceded from the Union in the year of '81?

The unending amends you made
Are enough for one life, be done
I believe in innocence, little darling, start again
I believe in everyone

I believe, regardless, I believe in everyone 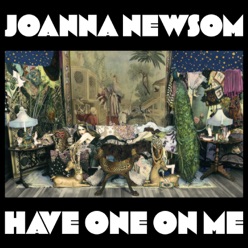 Have One On Me
2010
Ver todos los discos