All My Heroes Were Junkies

In 1968, he did shots with the Doors at the Whiskey-a-Go-Go
It was on one of those hot Hollywood summer nights
He says, "Jimmy came in tight leather slacks, it was hot as hell
But we were drinking Jack, his eyes were like quarters
Round, and black when he stepped under the stage lights..."

"And you know me," he says, "I had pawned my only camera
I had no way to record these fleeting Kodak moments
That sprung to life each and every Saturday night
I was too far gone back then to have known it..."

chorus:
He says, "All my heroes were junkies,
Now all my heroes are dead
I say, "Hey Tony, consider yourself lucky
To be a junkie in a hospital bed"

He says, "You know Judy Garland never showed up When I took my walk in the Land of Oz
Though a cop did on a purple horse one morning
He asked me why I was staggering
I said, `because - because, because, because
The wizard never gave me no surgeon general's warning"

"Who rolled the joint when Bob Dylan
Got high with the Beatles?" He says,
"Who put my world on pins and needles?"

He tells the nurses they should do something
With the ceiling in the rehab ward
Like paint a fresco to the late-great Betty Ford
They come in and make their jokes about
Pulling out all his power chords
He tells them, "Could you come up with
Something I didn't already know?"

All My Heroes Were Junkies de Ellis Paul 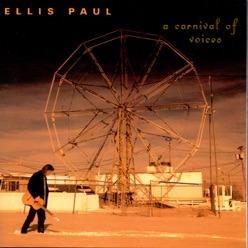