And The Beat Goes On

Chris webby:
Got my life on repeat, man, the beat goes on
Nikes flat up on the street, and I keep those on
Recharged and rebuilt, I can speak no wrong
Don't like me? Then fuck you, like that cee lo song
Two middle fingers up; ambidextrous
Fightin' for my freedom of speech, but then they censor it
Killin' any microphone in sight just for the heck of it
Chris webby, bitch, still reppin' for connecticut
Lets get the shit
I've been back on the road and going hard
Venue after venue, showin' 'em that I flow with no regard
Now I'm makin' money, got more green than oprah's yard
Got these people like "aaiyo, you really think he wrote these bars?"
How would you feel if you were on top
With a couple thousand motherfuckers aimin' for your spot?
But I am where I am, I'mma keep it on lock, baby, so lets rock

Daniel zavaro:
Oh, baby, don't you see I'm fallin'
Looking down, and I feel like I belong
Turn it down, again, you keep talking
And the beat goes on

Chris webby:
See the beats still going on, webby rock it so terrific
With a flow that be colder than the nagano olympics
Made a little dough, put some lobster on my dishes
Picking up the flow and then I drop it on you bitches
Motherfucking guillotine, you won't have your head attached
When I step up on the stage and people sayin' "webbys back!"
Can't stand the whack shit so I'll wreck a track
And spend my friday murdering rebecca black
And I still be the one you fuckers feel
And I won't stop 'til I got myself a couple mil'
In the building, and I'll show you how it's done for real
Revolutionary shit, battle for bunker hill
But instead of red coats, I'm killing mc's
And anybody dumb enough to go against me
Heavyweight champ like jack dempsey
Shit, you better step, b

And The Beat Goes On de Chris Webby 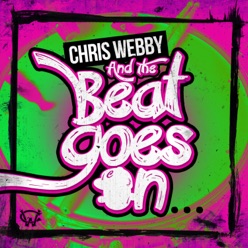 And the Beat Goes On - Single
2013
Ver todos los discos