"Check" "Check"
If I do not make it back to the comfort of
my house, understand that was Gods will 'n'
I've only lived this long because...

I've got angels lookin' over me,
protectin' me,
From people who wish death on me,
I've got tensions,
they constantly stressin' me,
People who'd love to see me restin' in peace,
But they don't matter, Naw

I've got angels lookin' over me,
protectin' me,
From people who wish death on me,
I've got tensions,
they constantly stressin' me,
People who'd love to see me restin' in peace,
But they don't matter, Naw

I've felt 'em around me since I was a kid,
I often wonder exactly who it is
Is it Ernie, is it Ian, is it BoeBoe, is it Nate,
Is it, Kevin, is it Chapman, Is it Rog, is it Jay,
Is it pa, is it pops, is it pappy, is it mammy,
Is it someone from my crew, or someone from my family,
All I know is I wouldn't have made it this far

Without those shining stars, 'n' I know who they are,
What they represents my people who passed on,
Five years, it don't even seem that long,
We made it baby,
I wish you was here with me,
Standin' on stage with me,'n' blowin' this haze with me,
But it can't be so I accept that, move forward,
To tomorrow, long live the desperado,
The big homie, the one that held it down,
Even though you underground, I can feel you above me,
Your like

Understand I've been blessed with the serenity,
To accept what I can't change 'bout my enemies,
But the devil tries to corrupt me,
I ain't no psycho, but don't push me,
Was we, trapped in a world we thought we'd wake up from,
It seems like a dream, but it seems so real,
Was it those pills, was it those drinks,
Was it that weed, was it just me,
Is this reality, that is what we goin' through

What you call overnight, we call overdue,
Easy way up boy, if you only knew,
I came up fucked up, from the same place as you,
Where bullets fly, 'N' people die,
Ambulances leave without 'em, Coroners pick 'em up,
You can buy the paper 'n' read about 'em,
Flip to the sports page, 'n' never even think about 'em,
Other people find it hard to live without 'em

I'm the desperate souls,
Of a thousand old,
MC's who never had an album,
Go, gold or platinum,
They just rap for them, Fans,
That know the song like the back of their han's,
The ones that put Stak in demand,
Know that I'll never forget y'all,
Wouldn't be shit without y'all

Now y'all say you the one that held me down,
Broke like a mother fucker underground,
Demo tapes, payin' dues,
Baby food, baby shoes,
Only way I made it way by the grace of God,
So God bless my family and God bless my squad,

We can't take no more loses, Nah,
Lose no more bosses, Nah,
What's this I hear about some fallin' off shit,
You think I'm really gonna retire,
I'm gonna let you wonder,
Until then just keep wishin' for incarceration or murder,
But I've got a presents around, that's why I don't wear a vest,
Not to mention, henchmen do not aim at your chest,
Death is inevitable, something you can't run from,
I'll come back 'n' look over some ye', some,
What... 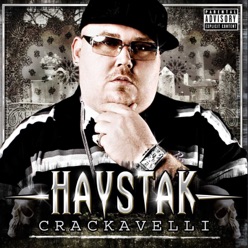