Now I'm not, I repeat not anyway a prude
But the sight of two people cavorting on stage
Doing what can only be termed a natural act
Is unless you wear a raincoat only good for a laugh

As a rule, I never smoke while on duty
It just isn't on do I make myself clear
Though at times if there nobody's looking I will
I mean, life's too short and if I didn't smoke I bet
What with the luck that I have
I'd probably die of warty and, that would be that

As A Rule de Gilbert O'sullivan 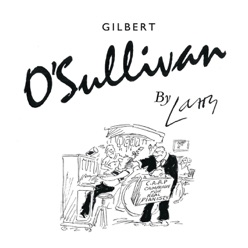