I won't go back to Bakersfield
My friend died there, I loved him too much
Incompetence, tubes and wires
Indifference, fools and liars
Aggravate, regulate, resuscitate
suffocated him

I won't go back to Bakersfield
My friend died there, I loved him too much
Wrinkled young men are shuffling along like
dirty grey ghosts wearing fitted soiled sheets
on a wet mirage street
looking for green gangrenous feet
that will lead them to liquor stores
or unemployment offices
grunt work and whores
or unenjoyment offices
In the morning they gurgle out of
spoiled rancid visions and cabbage pods

They have one mission only
because their kind are lonely
cross the border, take us over, make us over
rake us over the coals

Crusty skinned phantoms
pocked-marked and drifting
like the shifting pallid sand here
beneath their tendrils
These down-payment dreamers
of small flat-roofed houses
and harsh vacant lots full of milkweed and dust
stinkbugs and rust
animal excrement
and murder evidence
They built an air conditioned mall there
against sand paper winds blowing out of the west
famous for their coffee and mudpie
flamingoes pink, and pinkeye,
Merle Haggard, corn dog batter, shoots and ladders
all in tatters now

While Scully hangs over the freeways
Scully's ignoring the new age

While Scully danced over the airwaves.... 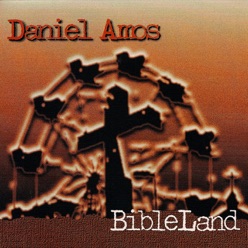