Well, I bought me a guitar, put it in tune
Went out there the month of June
'Twas a hot dog night and a stick in a roar
Everybody was a-down on this side.
There was a holy cow (holy cow)
Mean cow (mean cow)
Double jaw (double jaw)
Cow (cow).

Well, I'll tell you a story about how to become
An all American boy, you can beat on a drum
Beat on a drum from five to six
You'll be rock 'n' rollin' soon gettin' your kicks.
It's a good job (good job)
Join the band (gigging in the band)
Bring your hand (pick your hand).

Clean your hand and come up tight
Roll a smoke and down at night
Hold on a train, on a whiskey jar
Settle it down there you are.
Hold it steady
Pick it up now
Now hit it.
(makin' the girls giggle).

Yes, you'll be makin' 'em little girlies giggle
You'll be makin' 'em all just jump up an' down an' wiggle
Empty their socks, in their britches
All you'll find that soon you'll be itches.
Itches all over
Itch in your pants
Itch while you dance
Itchin' on down to the corn' of France.

Well, I know a boy yesterday
He become a guitar and he floated away
He played his bars and he played 'em all
He's just on there havin' a ball
Kicking a hot storm up over the ocean
He took himself a notion.

He got some lotion and
He put it on his guitar, put it on him
Next time you knew you can call him Jim
Down the road, boy, they call him Slim.
They don't care if they're carry him
Just a minute now, you'll see what I mean.
(Uncle Sam... in this land... rippin' up draft cards, an' all that).

Well, sooner or later you're bound to meet his wife
And you'll come in 'n' have the time of your life
Just pickin' the gum, pickin' up a star
Pickin' up goin' an' goin' to the bar
You and your manager.
(pickin' my nose)

Well, you'll want to know about the manager soon
He'll just take you outside and put you on the moon
He'll buy you new clothes, new pair of shoes
You'll be walk' away with the drummer blues.
You'd be a fine drummer
Pick 'em as a comer.
Dog hummer. 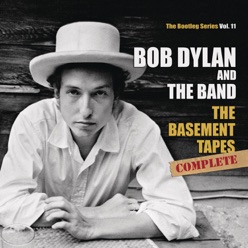