Cage in a Cave

Fletcher Christian, he found him a cave
On the northern tip of the island
It was sort of a privacy place
When he'd go there nobody could find him
Humiliation was imminent
He'd rather die than be sent back to England
From this height he'd conduct his last fight
Should a ship be sent in to pursue them

Fletcher Christian, he found him a cave, and he'd go there to be alone

Up a narrow and dangerous path to his mountainside cavern obsession
He'd paint a picture, he'd comb his hair
Anything to relieve his depression
"Let history witness my honor is tossed
And my men are all lost by extension."

Fletcher Christian, he'd go to his cave when he needed to be alone

Oh, it's next to the water
Oh yeah, he's Thursday's father
Guess what his defense is?
He's built himself a barricade of logs

Sick of the backbiting
And all the in-fighting
Each sailor, he wants his own way
If the island is his kingdom
Where is all his freedom?
Tahitian women are not all they say

To fits of melancholy, he was increasingly prone
In thinking back on what he'd done, he should have known
That left to their own devices
This kind of rabble would kill for a wife and
He knew why Captain Bligh had gone off the deep end
When they'd sent him back home

Fletcher Christian, he found him a cave and he'd go there to be alone

In a cage in a cave

Cage in a Cave de Rasputina 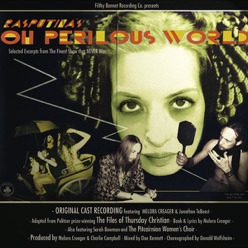 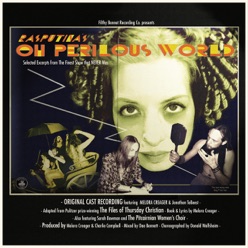