Oh Carissa, when I first saw you, you were a lovely child
And the last time I saw you, you were fifteen and pregnant and running wild
I remember wondering, could there be a light at the end of your tunnel?
But I left Ohio then and pretty much forgotten all about you
I guess you were there some years ago at a family funeral
But you were one of so many relatives I didn't know which one was you

Yesterday morning I woke up to so many, 330 area code calls
I called my mom back and she was in tears and asked had I spoke to my father
Carissa burned to death last night in a freak accident fire
In her yard in Bruster her daughter came home from a party and found her
Same way as my uncle who was her grandfather
An aerosol can blew up in the trash, goddamn, what were the odds?
She was just getting ready to go to her midnight shift as an RN is Rosworth
And she vanished up in flames like that but there had to be more to her life's worth
Everyone's grieving out of their minds, making arrangements and taking drugs
But I'm flying out there tomorrow because I need to give and get some hugs
Cause I got questions that I'd like to get answered
I may never get them, but Carissa gotta know how did it happen

Carissa was thirty-five, you don't just raise two kids and take out your trash and die
She was my second cousin, I didn't know her well at all but it don't mean that
I wasn't meant to find some poetry to make some sense of this, to find a deeper meaning
In a senseless tragedy, oh Carissa I'll sing your name across every sea

Were you doing someone else's chores for them?
Were you just killing time, finding things to do all by your lonesome?
Was it even you who mistakenly put flammables in the trash
Was it your kids just being kids, and so, oh, the guilt they will carry around forever
Well I'm going out there to get a look at the landscapes,
To get a look at those I'm connected by blood and see how it all may have shaped me
Well I'm going out there though I'm not really needed
I'm just so broken up about it, how is it that this sad history repeated?
I'll return to Ohio, to the place I was born
Gonna see where I hung with my cousins and played with them in the snow
Fist in their palms, gonna see how they've grown
Visit some greats and say hey I've missed you
Gonna find out as much as I can about my little second cousin Carissa
Gonna go to Ohio, where I was born
Got a 10:45 AM flight, I'm leaving tomorrow morning
Gonna see my aunts and my uncles, my parents and sisters
Mostly I'm going to pay my respects to my little second cousin Carissa
Going to Ohio where I feel I belong
Ask those who know the most about Carissa for it was her life and death that I'm helplessly drawn.

Carissa was thirty-five, raised kids since she was fifteen years old and suddenly died
Next to an old river, fire pit, oh there's gotta be more than that to it
She was only my second cousin but it don't mean that I'm not here for her or that
I wasn't meant to give her life poetry, make sure her name is known across every city 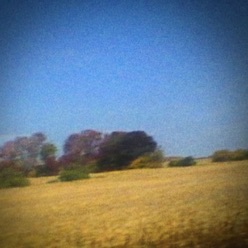