Aiight yo
Let's talk about the incredible rap flow
We can have a Dinner for Five with John Favreau
See it comes to me natural
One of my integral attributes, is to be lyrically tactful
I can prove who's nicer, who's not an emcee
Through falsifiable scientific hypothesis
In recent times, I find it's never been about the rhymes
The game is very politicized
Those who sympathize with they hearts and minds
Show hatred through the mouth, body language and eyes
Sometimes I say to myself, why do I even try
In spite of whatever happens, I love it until I die

If you don't believe in the other dimensions you been duped
They're the main ingridience in this cosmic soup
See the mouse?, grab it
Edit the edges with Avid
Is this the picture of a duck or a rabbit
You see ass and tits?, welcome to madness
Please, try to interpret the following passage
Magenetohydrodynamic mechanics
Translated into Canibus language you'll never understand it
It's on when the crowd is cheering me on
Waving they arms, like they doing Falun Gong
Firearms three quarters of a million troops strong
In a single file line, stretched out a mile long
Thermodynamics of the second law
Isolated physical systems lead toward greater disorder
Across the dry desert in the featureless sand
Water is secondary to the meaning of man
I know but I won't tell
There's more to the human race than polymers proteins and protocells
Chemical evolution, L- and D-form sudunits
That come from the love of Hip Hop and Rap music

The scourge of the words, I attack the earth with
I bet you submerge dry and emerge wet, what you think?
Confuse my shrink with english, the publication refuses to print
My daughter likes blue, and my son likes pink
Man, give me a drink
What kind of world are we living inn? I think it stinks
Whatever life you live, it's a quick-sited quiz
If you percieve something to be real maybe it is
Force your kids to listen to Dead Prez, before they go to bed
Send them to school, put them in special Ed
Reinforce their paranoia of the feds
Make sure they grow dreads and they live on the edge
The philosiphy of the hard-knocks, pan-psychics sit on the block
And attempt to talk to rocks
In the projects where they harvest the human crop
Organic robots that bleed when they get shot
If you can survive or thrive in the Jamacan ghetto
You deserve a Congressional medal
My heart goes out to all the young bloods
The heart has reasons the mind knows not of
From the first to the twelfth month
I keep a twelfth pump in the trunk, for the day when Hell comes
Was invincible on the mic when I held one
My motto was to blaze all and spare none
I came, I saw, I conquered, now they're just an empty void
Mic Club come holla at your boy 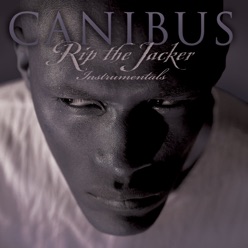 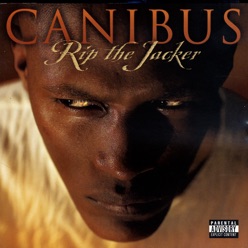