I's thumbin' through the want ads in the Shelby County Tribune when this classified advertisement caught my eye. It said, "Take imme-di-ate delivery on this '57 Chevrolet half-ton pickup truck. Will sell or swap for a hide-a-bed and thirty-five bucks. Call One-four-oh, ring two, and ask for Bob."

Well, I called Bob up on the telephone, he says, "Hello, this is Bob speakin'." I says "This here the Bob got the pickup truck for sale?" He says, "Yeah." I says, "Where are ya?" He says, "Fourteen east on County 12, turn right on the one-lane gravel road, you can park in the yard, beware of the dog, wipe your feet off, knock three times, and bring your billfold."

Well, I tooled on east on County 12, turned right on the one-lane gravel road, and I parked in the yard and a German shepherd come out and grabbed onto my leg. Then I knocked three times and wiped my feet, the dog let go and the screen door opened and Bob come out and says "Whaddya want?" I says, "Come to see your truck." He says, "Follow me. Come on, Frank." (Dog's name is Frank.)

Well, we all went past the chicken house, through the hog pen, down to the tractor shed, and then wound up in back of the barn in a field of cowpies. And settin' right there in a pool of grease was a half-ton Chevy pickup truck with a 1960 license plate, a bumper sticker says "Vote for Dick" and Brillo box full of rusty parts, and Bob says "Whaddya think?".

Well, I kicked the tires and I got in the seat and set on a petrified apple core and found a bunch of field mice livin' in the glove compartment. He says, "Her shaft is bent and her rear end leaks, you can fix her quick with an oily rag. Use a nail as a starter; I lost the key. Don't pay no mind to that whirrin' sound. She use a little oil, but outside a' that, she's cherry."

I says, "What'll take?" He says, "What've you got?" I says, "Twenty-eight dollars and fifteen cents." He says, "You got a deal. Sign here, I'll go get the title and a can full of gas." I put the nail in the slot and fired 'er up; she coughed and belched up a bunch a' smoke and I backed her right through the hog pen into the yard.

Well, Frank jumped in and bit my leg and I beat him off with a crowbar. He jumped on out and the door fell off and the left front tire went flat. I jacked it up and patched the tube and Frank tore a piece of my shirt off. Then Bob come out and called him off and says "You better'd get on out of here."

I went left on the one-lane gravel road, went fourteen west on County 12. Took two full quarts of forty-weight oil just to get her to the Conoco station. And I pulled up to the Regular pump and then Harold Sykes and his kid come out. He says, "I've seen better stuff at junkyards and where'd you ever get that truck?"

I says, "That's a long story, Harold. I's thumbin' through the want ads in the Shelby County Tribune when this classified advertisement caught my eye. It said, "Take imme-di-ate delivery on this '57 Chevrolet half-ton pickup truck. Will sell or swap for a hide-a-bed and thirty-five bucks..." 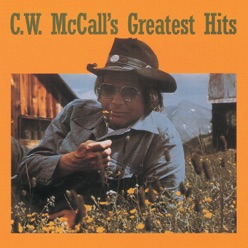