Okie dokie, alky. Keep it lowkey like Thor lil bro
Or he'll go blow the loudy, saudy of sour Saudi
Wiley up off peyote, wilding like that coyote
If I sip any Henny, my belly just mght be outtie
Pull up inside a huggy, Starsky & Hutch a dougie
I just opened up the pack in an hour I'll ash my lucky
Tonight she just yelling "Fuck me"
Two weeks she'll be yelling fuck me
Used to like orange cassette tapes with Timmy, Tommy, and Chuckie
And Chuck E. Cheese's pizzas, Jesus pieces, sing Jesus love me
Put Visine inside my eyes so my grandma would fucking hug me
Oh generation above me, I know you still remember me
My afro look just like daddy's, y'all taught me how to go hunting (BLAM!)

I will smoke a little something but I don't inhale
Everywhere that I go, everywhere they be asking hows it going
Say the goings well
Go figure, Victor's light skinned, Jesus got me feeling like Colin Powell
All praise to the God, God knows he's a pro, he's a pro like COINTEL
Check, check mate, check me, take me to the bedroom, let you know me well
I mean normally, you see, Norma Jean wouldn't kick it with Farmer Phil
But these kids these days they get so high, burn trees, smoke Chlorophyll
'Til they can't feel shit, shit faced, faced it, 15 hits on this L
Elevated, train, and the craziest thing, got me feeling like Lauryn Hill
Miseducated, my dick delegated, rap Bill Bellamy, they said I shoulda never made it
Probably shoulda been dead or in jail
Deadbeat dad, enough of that jazz, asshole, absinthe up in that class
Are we there yet? Ice cubes in a bong, we're brain dead, take a tug and then pass

I could make a flow, pitter patter with a patter pitter
Two seats used to be in a jalabiya and a kufi
Trying hard not to be addicted to a groupie
I ended up on an album cover in a Coogi
You see, I be still a God but a goofy
You be flowing out by trucks in a Uzi
That's the new principle, sometimes I'm a be about some ho
Sometimes I'm a wanna make a movie
And when it come to rapping fast, I'm the Higgs Boson
And though my style freakish
I could still break your body down to five pieces like I did Voltron
Cause I'm addicted to the craft and I be off a OG
Know me, I'm the Obi-Wan Kenobi of the dope see
Never scared of mean spirits, methamphetamine lyrics
Cooler like I'm offa codeine, low key
Don't be so judgmental, even though I'm reminiscing
If I don't know what a miss is
I'm a end up figuring out that it's home
And my mother and my grandmother cocoa butter kisses
This is just a testament to the ones that raised me
The ones that I praise and I'm thanking
I need em but the chronic all up in my clothes
And I wanna get a hug, and I can't cause I'm stanking
Never too old for a spanking 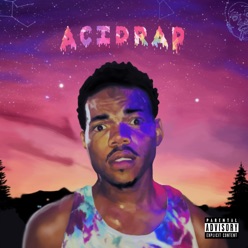