The silence has been broke for centuries denied,
Indulgence overlooked ignored and put aside.
The light of god diminished by his holy priest,
Destroying innocence the church of sodomy.

Man of the cloth with no conscious of sin,
Now on the run from the crucifixion,
No longer trusted and never again,
Conquered by Sodom your fall is our win.

At last the world can see your secrets are no more,
Evading punishment behind the catholic doors.
Your time has come to pass and now forever be.
Revenge is on the minds of all you have besieged.

The walls of god lay ruin, by his own demand.
Stricken from sanctity, and with no flock to tend,
Religion slowly rotting, in it's shallow grave,
Pursuing self-indulgence, holy men of faith.

Conquest of flesh has condemned you to death,
Destroy the trust of the congregation.
Faith insincere leaving wounds that won't mend,
Conquered by Sodom, in league with Satan. 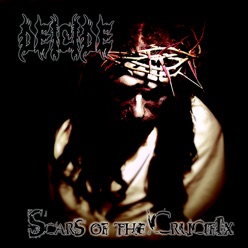