They just can't understand or fathom my demeanor
Unapproachable appearance to how I pack the ninas
Out of two, clipse they say malice the meanest
Got love for guns and caine, let nothin' come between us
You mistook me for a rapper, huh
Well that makes me an actor, 'cause I would rather clap a gun
And buck on them niggas who hate
Who wanna be in my shoes, live my life, but can't carry my weight
I understand that the envy is part of the game
But make no mistake, you and i, we are not the same
Naw, bitch, I'm liable to splatter ya shit
Light up ya world, 'til you start to stagger and shit
Watch how them hollows straight rattle ya shit
And I leave it to y'all, to freestyle and battle and shit
That's not me, I'm more at home wit the chrome
Or at play wit the yay, moving 12 for a zone, I'm gone

God damn, when that white hits the pan and
Comes back hard, I can account for every gram and
The streets molded the man I am
The pimp, the hustler, the crook, the killer, go-rilla
Traits of a blow dealer, cost my fame
I hustle, I'm rich, blow scrilla
I'm the torch that, carry the game
The flame I throw, crack change came from blow
Push the o's, six lay close
Hug the streets, I hug the beat, change flows
Thug the streets, my love is deep, my pain shows
My hearts on a sleeve-a
Nigga that they gave they soul and hearts to mistreat you
Nigga told, they breaking my heart on the streets so
Watch the phonies, watch ya homies
We pop-pop, drop you homie

They call me pusha for one reason
'Cause I keep that sniff all seasons
Whether the price is up or down
I keep a mound to pitch from, you don't have to shop around
When it come to that money, I get stealth
Three guns is fortune, and I don't mind sharing my wealth
Dog, I know about life
I been around the world thrice times, I mean what I say
From that panama sun, to france's champs-élysées
Grind so deep-rooted, I can't turn away
To sell base is now somewhat therapeutic
Hear what I say, please don't confuse it
My verses heal, like curt mayfield's music
(I'm your pusha!), damn right
I treat ya nose to hook ya
And only pull back to cook ya, partner

I be damned if I die of starvation, things is fucked up as is
So I bangs my cabbage, do you not know the most effective
Way of gettin' money, pull yo gun, rapidly
And watch you see the situation be corrected
Lord heavens, why must I live so devilish
They say whatcha do comes back on you two times
I shoulda been died, but I'm still walking around wit two nines
Who wants to be a millionaire, me, and you ain't got no more life lines
You a snitch nigga fighting crime, go ahead and tell the police
'Cause every move you make, I'mma throw a slug
And hope you choke blood, nigga, on every breath you take
Not to be broke, cause coldchain fate witness
Naturally spitting from me, human gat, field to the limit
Head to diminish, loud niggas talking gibberish
Grind beef, I deliver it, with complimentary service, for certain
Live in the living room, searching to hurting you 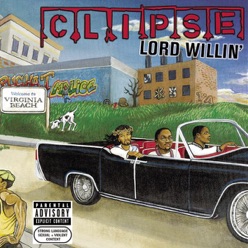