I can tell you’re a real cool girl
I mean it doesn’t take much to see it
And I know we’ve been talking for a while now
And I can kinda see that you’re starting to catch feelings
But I just wanna let you know,
That I have very, very high expectations

I’m like Romeo, I’m looking for my Juliet
I’m known for trashing bitches I catch you slippin’ then you’ll be next
Let me find out you’ fascinated by y’all to jewelry sets,
Cars and all that fancy type of shit you’ll be surely wrecked
I’ll never trust you, don’t run up asking why not
‘Cuz look bitch you got more fucking guy friends then I’ve got.
Ya its true, we share a bond, you’re pretty and the hair is long
But I can get over you very quickly when your hair is gone
If I fall in love and find some dirt, I conceal it well
Then pop out the blue to make your life a living hell
Leaving my heart bruised really isn’t a smart move
‘Cuz that’s how you get your ass pushed out a moving car pool
I roll a half a mile when agony till your ribs sore
I won’t give a fuck ‘cause you’re all that I had to live for
Don’t try to date me if you plannin’ on creeping
I have a habit of cheatin’ getting some vaginal beatings, shit

And there are souls who cover up and choose to move further (further)
If I find that you fucking around I swear to God bitch you gon’ be murdered (murdered)
Do you wanna die tonight? Sometimes I don’t really know what’s up with you
But you already knowing that my love is true, been saving it up just for you

See I respect you, I expect respect likewise
I played the dumb guy once, I played the dumb guy twice
Nobody knows my strife, I never chose my life
There’s never no highlights in this twisted curl twilight
Ill be damned if you contribute stress to my worries
My hearts on its last limb, so it’s destined to hurt me
My last girlfriend screwed me and left in a hurry
And ignores all my phone calls just to disturb me
So be completely honest, is love what your focus is
Or should I pull my dick out right now and get it over with?
Is that what you want? Is that what you need?
Want me to pound your fucking ass till you bleed
The blast a few seeds, up in your coochie
Come on, you can’t bullshit a bullshitter
And bitches wonder why I rap like a cruel nigga
I need a woman who’s amazing that can do right
Until then I guess that ill be gazing at the moonlight

You probably think I’m buzzing, raw, angry and rugged
Aww maybe he’s thuggin’ but that’s how crazy my love is
I’m a dedicated romance brother whose been played
Way to many times now I’m resorting to switch blades
So if I say I love you, more than likely I mean it
Next time I write an agreement for stupid trifling reasons
To dare to fight and the screaming a better lifes what I’m seeking
How come bitches now-a-days never try to be decent?
I never even used to use the word bitch
And every chick I ever called it fucking deserved it, they earned it
I’m the type of guy your parents want you to marry
I ain’t no mother fucking mind freak that haunts you who’s scary
But when I’m getting fucked over, that all changes
I get dangerous, my mind turns oh so shameless
And my veins just, pop out my head I’m real anxious
To show you the true definition of what pain is, bitch 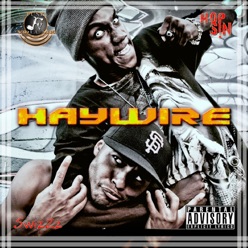