I spent one lonely winter in an old line shack
With beans in my belly rain on my back
A ration of coffee and a mountain of snow
With cattle to attend to at forty below
And it's back for the round up in April or May
You round up the calf's boys and you cut out the strays
And you might touch a woman before the long summer ends
Then its back to the line shack and do it all again
And all I have left...

I've given some bad guys a hard way to go
I busted my bones in them old time rodeos
I might have stretched truth Lord but I've never lied
Can't you tell I'm a cowboy by the scars on my side
But I rode with Cole Younger and New Jesse James
Me and old Wyatt use to ride on the range
And men all said sir to my Colt 45
And I was with Hitchcock the night that he died
All I have left... 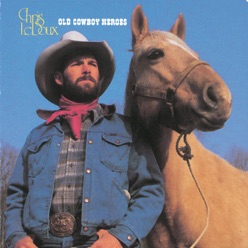