Shit I'll take ya way back
Spittin' game longer than the gateway track
It must have been a blessin' raised as an adolescent
And mack 11 testin' in tha glass house
Straight twamped out cuz hang gotta Caddy on them thangs
Wit a phat ass TV so at age 9 I wanted that to be me
And now big A.C. can make in million on the Vegas strip
Since 1976 we been infuenced by pimps
And y'all suckas, is lucky that Smooth can't walk
Cuz a lot of y'all fools would be outlined in chalk
And I'd like to say what's up, to my nigga Ronny Wenn
He's a G when it comes to strugglin' hustlin'
To the top, Rest in Peace to Pop and Chris Macabee
He put the Mac in me, Thats why I ride a brome today
Straight game, the crestside way, we goin' pop all day
Whether weed or Yay, I'm still stressin' cuz it seems like last night
we lost
Mike,
S double, and damn God needs to let the real nigga's live,
But Nokey is gone and Freddy is dead
In the Crestside

Now 95 is the day and soldiers shootin' for the game,
Big Buggy's a straight killa servin' rocks on the way
The Double R hit them banks wit' glocks in the Pelican Bay
You disrespect the Country Club and fool prepare for the shank,
This ain't no overnight shit
We been at this for years
Back when Finch rolled a Benz and Baby Frank was gettin' his
So if you ask me, why my fondest memories is bout' shootouts
And high speeds with the police
Spill Hennessey for D-Boy and house Dubee,
It's us against them so I stay true to the triple C
6' in the morn choppin' quit low on the St's set up shop
Throughout the "V" to move the next key
Rivals be snitchin' but cook em' all in a crock pot
Floss old schools on gold shoes and let the hoes jock
Crestside shit, Aliens wanna copy-cat
All in a city full of squares, playa's, and dirty mack's
Wanna-be gangsta's, and small tymer's tryin' to act hard
Well real-ass soldiers, a chosen few rollin' like hard
North of Vallejo, cuddies puttin' in the major work
Open your eyes and take a look at my crazy turf.
It's called the...

Back when that Piggy P was a crooked cop
Back when that K St. mob ruled the Kemper block
Back when we said fuck the world, because we loved Benz
Do you remeber Figgaro and tryin' to hustle for ends
Hopin' that I stick to my grind and stay real to the street
One day I'll talk on Mobile phones and have a Chevy Caprice
Wit a couple of mounts and some slam in my trunk
And a spliff of that zesty cuz we don't fuck wit' them blunts
But in this day and age cuddy, this done got ill
Youngsta's that won't a mill and ain't afraid to kill
What the crooked game deals baby bloods gettin' spilled
Now it's blunt packin' chumps that try to set up shop where we chill
So it's all to the hood cuz when we mob I'm stayin' hip to the time,
Got my mind on my money keep one hand on my nine
On the same street corner where I was brought up and raised
The only chance I get for peace is when I'm drunk or I'm blazed
If this shit soundin' far-fetched and you think that I lied
Grab your nuts nigga , we goin' for a ride through the Crestside 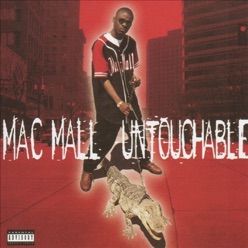