Cuts Marked In The March Of Men

Listen to the world out on the outside pressing in
Are you ready on my mark?
Fingers given names and with the last word they ascend
On the comfort of their well being...in arms
Into something they can't stop but wish that they could kill
You're the answer to their prayer

[Chorus:]
In your last hour stand
You'll notice the one that you had loved in dreams is here among the others
Chase it's you I want, but if I can't have her
Then why should I spend any more time in a world that's going to end pretty soon?
I need you now more than I ever did
I'll hand myself over for you
This comlink's lost its frequency and I feel that we're coming home short
Here take me instead I'd rather not see her off alone

Scattered amongst the killing streets the children slate defense
Is God's work to have us fail?
Rivered blood streams out the dead as bodies foul the air
I'll make peace when this is done
In arms...we storm
Slowly the streets begin to fill with new flesh bound to bone
Armed and ready it begins again...

Deliver a favor to my love [x4]

Cuts Marked In The March Of Men de Coheed & Cambria 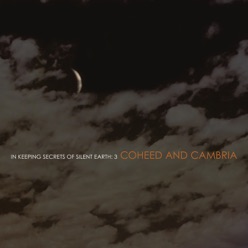