They drank all the pilsner and ate all the oranges
And she thought as the rotten and rusty door hinges
Squealed as he left, how remarkably deftly
How utterly thoroughly he'd failed to confess
He'd evaded the point and eluded the mood
She meant to convey when she laid out the food
Even put up her hair, but the boy wouldn't bite
And it was almost sexy, but not quite.

Still how could she fret when she'd won that small bet
With a well-meaning friend who had sworn it would end
With a kiss and a cry and a happy reveal
(For what man could resist such a gem of a meal?)
She'd collect on the cash, but her victory stung
She cursed at the cat that had captured her tongue
She broke out the chocolate and started to write
And it was almost helpful, but not quite.

"Dear Sir,
I've been dropping hints like bricks on you.
We were both rehearsing for this awkward interview.
I'm done with making small talk and I'm done with being scared,
Because I heard from a friend of a friend
That you came with your speaking points prepared.
Dear Sir, I am taking matters into my own hands.
I hope I do not dry your interest if I dare to take this chance.
Do not underestimate me, boy; look closer and you'll find
That if you peel back the polite, there might be something fierce inside!

"Remember the fête where the two of us met?
(Less a bolt from the blue, more our social ineptness)
The cool kids swarmed but you clung to the corner,
And that's why my poor heart, before I could warn her,
Broke from the bunch to bolt to your side --
The rest of me followed, a bit starry-eyed.
And you took off your hat and you bought me some wine,
And it was almost awkward -- but not quite.

"Well, we are not so much for big parties and such
(We'd rather observe than be part of the crush),
So you unpacked your camera to frame the good times,
And I nabbed a used napkin to scribble some lines.
The chemistry swept us both off our toes --
You shot no one else -- I couldn't compose --
And you said I was sweet, nearly kissed me goodnight,
And it was almost perfect, but -- not -- quite --

"Dear Sir,
You've been dropping hints like bombs on me.
I have this file of evidence -- see exhibits A and B.
I'm done with making small talk and I'm done with being scared,
Because I noticed just how many times tonight you ran your fingers through your hair.
Dear Sir, I am taking matters into my own hands.
I think that I might love you, and I hope you'll understand
That if I beat you to the punch, it's just because my patience tried --
And if you peel back the polite, there might be something fierce inside!

"From that day to this, your timidity's disenchanted me.
You were looking so longing, why couldn't you say you wanted me?
I could vow that I'll hate you with all of my will,
But unfortunate me, you can see how I'll fail.
I've been waiting a year -- I've been waiting for you --
I've been biting my tongue, and I'm almost through.

"Dear Sir,
I am dropping my last guard for you.
I'm fearful and I'm foolish and I'm agitated too.
All this anticipation without consummation, it's hard on a poor girl's pride
And though I doubt I'll send this letter -- If I did you'd see how I've tried." 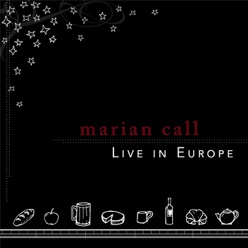 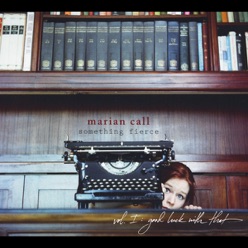