There used to be dinosaurs
There used to be dinosaurs walking around the earth
Bigass brontasaurus Eating trees and small animals
Bigass brontasaurus
Bend down, eat a goat
Bend down, drink a lake
Bend down, I don't know
I don't know
What do I know about dinosaurs
Get real
Would I have more to say if I didn't have a phone?
Would my life look like eggplant toupee Aunt Jemimah stuffing mix?
Would Cary Granite and Mr. Slate be a part of my rock and roll fantasy?
Would the Pillsbury Doughboy step on glass and giggle?
I wanna know!

Would the dogs be barking in barbershop quartets
While Mama stands on the porch crying,
"Come home now son, it's the Apocalypse, come on home?"
Would it be the end,
Would it really be the end,
Or would it start all over again?
Time to learn the mongoose dance
Time to talk to people and hear what they say
Time for clear thought
Opposum pudding pie pops
A vast assortment of new products for the home and office

And will there be chandelier burgers?
And will there be pretzels and hot dogs for everyone,
and glow in the dark pork and
beans avec arroz y con pollo?
Will the sky turn white in the middle of the night?
And when will I be loved?
Is this my beginning or is this the end?
Are the dinosaurs exploding,
Are they rising out of the earth
To replace Dan Rather and Charlemagne? 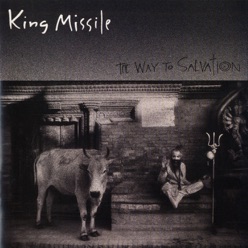