She comes sneakin' up thinkin' I'm sleepin', ya'll
And I met her at the back door
I handed her her suitcase, told her don't come back no more
She turned as she was leavin', and she looked dead straight at me
She said if you think I can't find me another man, honey, you must be crazy

Do it
You better leave while you can, honey, better get to it
The place where you been stayin' has become the place you ain't
And everything's in your suitcase except your wig, hat, powder and paint

A friend of mine used to run one time with a gal named Lou
There seemed to be no end, ya'll, to the evil she could do
She took him for everything he had, and then she called him a clown
They put that boy in Huntsville 'cause he shot that woman down

Do it
Got a real good idea, honey, better get to it
I thought you was an angel, you're a Jezebel instead
I don't want no cheatin', lyin' woman sleepin' in my bed

She was 19 years old, ya'll, her mother's only child
And she did not have no shame
Took my money, hard earned money
And spent it all on five other men

So do it
Better leave while you can honey, better get to it
I thought you was an angel, but you a Jezebel instead
I don't want no cheatin', lyin' woman, sleepin' in my bed

Do It de Delbert McClinton 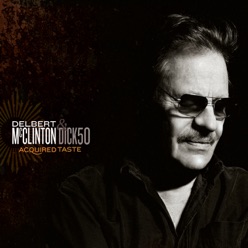