I fell for guys who tried to commit suicide,
With soft rock hair and blood shot eyes.
He tastes like Marlboro cigarettes, Reese's Peanut Butter Cups,
A Pepsi in his hand, getting off the school bus.

Now its tattooed girls with a past they can't remember,
Who pledged allegiance to a life of bending the curriculum.
She tastes like spring, there she goes again,
Drinking with the older guys, tripping by the lakeside.

When you were sweet sixteen, I was already mean and
Feeling bad for giving it up to the man just to make the scene.
Where were you, back when I had something to prove,
With the switchblade set and the church kids learning my moves?

I ran for miles through the suburbs of the seventies,
Pollen dust and Pixie sticks, kissing in the deep end
Of swimming pools before I knew what's in there.
We come into this life waterlogged and tender.

Films and drills and safety illustrations 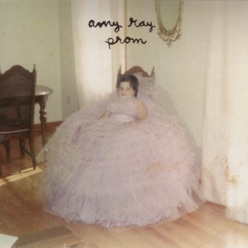