So many names had been given to me
In his red empire satan calls me the reap
On each life that fades, my power is growing stronger
I saw the fall of millions ones... and death goes on
My empire's hell, chaime the bell as you enter my eternal domain
Eternal empire of majesty death

On each razor that blows a life away
I'm the commander of the wind of genocide
Mayhem is my knowledge as the stone is closing on you
Through the red mist of the sky, my kingdom of night is opening
My only feeling is darkness, my reign is eternal
Eternal empire of majesty death

In the eternities, my reign will never stop
In my immortality, i "live" so cold
All draped in black my servants are countless
I'm the ugliest nightmare of humankind 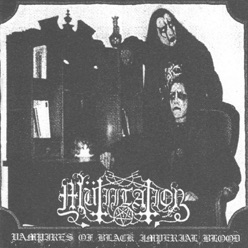