Pop it off, top it off
If you trippin knock it off
Stop it no scrobs in this spot
Just biancs and it's hot as Molotovs
Girl let's get that poppin off
I don't wanna hear that it's gotta cough
How does it feel for you to be with the real,
On my heels, an smack right-a-side a boss
I'm mixin my liquor, belligerent stripper
Spill different mixer, on my favorite kickers
No more wishin to grip her, she's unzippin my zipper
Not itchin to kiss her, but I'm fixin to twist her
When they flaunt it I move on it
Daggonnit now who want it
Drink a lot of 151 I'ma get it done it's really fun when I be killin my opponent

Don't be so damn cool, act a fool
Lets go koo koo jump get loose when in the party everybody move, move

Don't be so damn cool, act a fool
Lets go koo koo jump get loose when in the party everybody move, move

Check it out I'm fearless
N9ne's a sniper never bit off a rapper
If I'm near death
I'm a fighter better spit off the clapper
And I like weird sex
I'm the piper women trip off the whacker
Lookin for the beer fest
Time to scheize or get off the crapper
And I move on a lady give her what she deserve
Tryna win her, dinner
Whole lotta bump in the night man a lot to be heard
I'ma bender, spinner
Drunk enough to lie to the bianc sayin that I'll be hers
Then I'm in her, center
Then I giddy up, suck it up baby I'm a free bird
Like Lynyrd Skynyrd
All around the globe (yeah), gotta get the dough (yeah)
When I do it movin I'm lookin out for the hoes
Alaska, Arkland, Denmark shows
Gotta have a chick on the road because everybody knows
I'm a naughty naughty naughty, boy boy boy
When I'm in aussie aussie aussie, oy oy oy
Muevete

It's po'd to be over
But I know the pre-moter
So he pose the reloader
Cause I'm sotally tober
Now I close in on his bimbo cause he froze when he chose her
Swept his ho right off them ten toes cause he old and he ogre
Get a move on get right up in it cause it'll never get better when your sittin by the minute
Consider movin a mountain never stopin' never limits
I'm to the finish an when it's competition I'm diminish it
Everybody move to this, get drunk hella booze to this
Ini, mini, miney, mo time for you to choose a chick
Take her home beat it up like a pugealist
I flow like I'm wa-wa
Guy like Allah ya da da
Him who holla him better
Muah ha him full of shitaka, yehaa

I was in the hotel room in the bed with this one chick then another finer chick walked in so
I told the chick right next to me to MOVE. 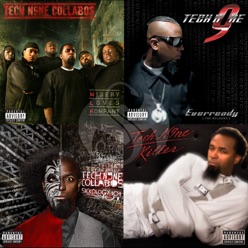 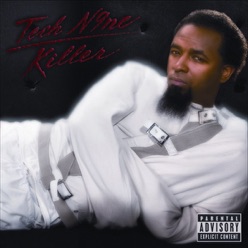