Execution of a Chump (No More Mr. Nice Guy)

I knew this chump see, he tried to play me
He was my right hand man, but he betrayed me
I let him chill at my crib, cause we were down and
I went to work everyday while he was loungin
He tried to backstab, he kept on jokin
He didn't know he could've got his back broken
I had to cut homeboy off for even tryin that
His game was mad weak, know what I'm sayin black?
Stepped to him quietly, he copped a plea
Told him to fix it or I'd have to catch a body
In this society, there's many snakes
Don't be too eager when you're seeking a break
Cause chumps will exploit, use you to benefit
So just be keen and, learn all the ins of it
I've had my share, of dealing with fake men
I left them squealing, "It was I who did the taking"
Proceeding exactly, according to plan
I foiled the scheme cause it seemed I was that man
And if you step up like the kid who did front
You will bear witness, the execution of a chump

Now, now, let's get the purpose of it
I'm snatchin hearts out of chumps, cause I deserve to love it
Observin acts of a snake, while I evaluate
Eliminate the nucleus, I'm doin this
Pissed usin fists usin force of any sort
My conscience says it's nonsense, if I put up with it
It meaning sleazy, sorry-type slick types
I'll drive em all to danger, and make em hitchike
Cause if you step up like the kid who did front
You will bear witness, the execution of a chump

Call me the Guru, known as a spiritual teacher
I'll reach you deftly, directly, correctly so select me
Elect me as your prophet and we'll praise him as I drop it
Pursue this, review this, I knowledge more than buddhist monks, punk
I'll wreck the set and grab a big chunk
Known to be a wise one, known to be a seeker
Following my calling in life, so I can keep the
Minds in line to find devine designs of rhyme
Rewind this on your box one time
But if you step up like the kid who did front
You will bear witness, the execution of a chump 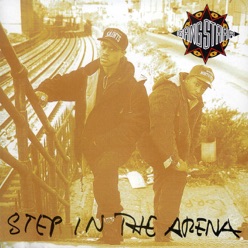