We bout to bring em out
We bout to bring em out
A lot of niggaz in this rap world, come out, and dumb out
Me, I bring the bassline and drum out
Plus write scriptures, that bust bright pictures
When Mad Skillz, ?Cool Reef Daddy? plus Tip
Just stepped inside the lab, to keep the Extra Skillz Ab
You either true fat or cut the flab
On the microphone hot it's Skillz before heat
A wack nigga rhymin, kills a raw beat
And I got both, bout to cook up a loaf of bread
On your motherfuckin head!

Yeah, here comes that kid Mad Skillz rippin styles with perfections
Makin rappers uncomfortable like they had yeast infections
I'm prone to rip microphones, keep rap sewn
Step on niggaz domes, leavin crews with Down's Syndrome
I'm Skillz, ending out the Extra Abstract
Grinding on nouns, hittin verbs from the back
It's like that, that's the only way it'll be
So if it gets said nigga, it got to be by me
I represent V-A well, peace to the Cella Dwell
Washing-tons of rappers up, like my first name was Denzel
Who want to come test and attempt to come near
I shaked your puny record sales and end your career
Lookie here, no need to get fly and shit
In ninety-five, I'm on sucka MC want to die shit
To your chest and watch the mic get ripped
Mad Skillz, Extra P, and my brother Q-Tip

Huhuhuhuhuhuh like the Doc Bruce Banner
Hit you with a ray which is similar to Gamma
Do you believe in miracles, ?
Like I believe in myself, but I don't believe in you
What you need to do is get faith
Take your spiritual, out your body, put it in a higher place
Cause I'ma bring out, the Holy Ghost in niggaz
In my lyrical church, and I be hostin niggaz, uh
Submergin bodies in water, you know you oughta
Lose all the glitter and flash, and get raw ass
I've been ordained by the feeling, to keep the hip-hop
Raw hoppin and the wack rappers reeling

Yo, check the status, I write madness like Sutter Kane
Body-snatchin MC's and pullin souls out the frame
You know my name, V-A's invincible Mad Skillz
Intoxicatin rappers like eight million Advils
You comin black, bring your lyrics, fuck a gat
Don't play, every real nigga in V-A got my back
I come strapped with lyrics and hooks intact
You ain't gettin shit, Virginia'll send your demo tape back
Don't waste your time tryin to sound like me
Nigga treat me like a sleeping lifeguard and just drown for me
I take you back like the Ebony Island
In the three twenty-five, with your fuckin wife freestylin 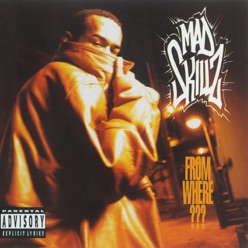