Finest girl I ever met in my whole life
Wanted to take her home, make her my wife
Knew she was a freak when she started talking

She said, fuck me like we fucked Bin Laden (ooh woah)
That girl was freak
She said she wanted me to fuck her
Harder then the military

She was a freaky kind of girl
Kept up with current events from all around the world
More specifically one event
The time Osama Bin Laden got shot in the head
She said Do me like that
But I couldn't track the metaphor
That said I can see you horny like a stegasaur
That said again your request is so irregular
She put on a beard, I started looking at the exit door
Then a turban
Then a tunic
She said Invade my cave with your special unit
I said: he wasn't in a cave, but there was no stopping
She demanded that I fuck her like we

This girl requested intercourse to bring her to climax
With the clinical efficiency of the assassination of Bin Laden
You're harboring a fugitive (that ass)
My justice will be punitive (Imma smash)
Night-vision, they can see us through my go-pro
She tried to negotiate, I said thats a no-no
Now I'm creeping in her bed room like go-go
She tells me to go low then looks down
And tells me that I gotta
Terrorize that pussy
Gotta terrorize that pussy
So I did it, improvise some crazy shit
Seal Team 69 sexecuting the hit
She said Now you've finished me off, throw my body in the ocean
I yell Geronimo and took some pictures for posting
The President called, he said Congratulations Connor
I said Mr. President to what do I owe this honor?
He said Come give me the deets in the White House Garden
I gots to know how you fucked her like we 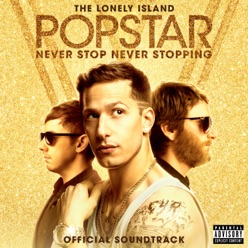