I see everybody rockin' the same old style
And everyone sportin' the same profile
And all y'all wearin' the same name brands
I hate everybody jackin' these played out jams
I won't reach for no gun, punk, I'll use my hands
I rock mikes and roll bikes across foreign lands
I made my bones out in zones where the twilight be
And every time I touch the mike it's Fright Night Part Three
For every MC that won't test and try
In your custom made wears thinkin' you too fly
Makin' up in gold chains what you lack for brains
It's time to call your ma, Dupe, and scoop up your remains
And finally lay to rest all the shit you stressed
And boastin' and braggin' 'bout the toes you taggin'
I'm knock, knock, knockin' on heaven's door
While every rapper that's simp gets pimped like a whore
See it's August 18th, three quarters past four
When the doctor slaps my ass hear the lion roar
The record sales soared then the world got toured
You say what happened to my band, I say "I just got bored"
Now they call me Whitey Ford, and I say, "Praise the Lord"
If I ain't breakin' up your coos, cats, we're singin' the blues
Strummin' and pickin' like I'm B. B. King
It's Abdul Baqi now watch me do my thing

CHORUS:
Down, down, you go
Down, down, so low
Down, down, till you hit the floor
Keep fallin' down until you can't get down no more

Go point blank range with the scope he's knockin'
The psycho might change but there ain't no stoppin'
The moon's on the rise when the sun start droppin'
And y'all need to quit the bullshit you poppin'
'Cause I been hip hoppin' since BDP.
Drop the P and spree it's Abdul Baqi
And when referrin' to me you'd best respect the name
Make a quick double take and double check your game
'Cause you about to get dissed I'm checkin' my list
When I check it over twice it's like rollin' the dice
I hit four-five-six I'm all up in your mix
I rock good from Hollywood's 'hood the city of bricks
And all these fake cats scream they're keepin' it real
While you're makin' your deal we'll be breakin' the seal
You'll be breakin' your vows like people worshipping cows
And then I'll hit you with the whos, whats, wheres, and hows
Like Vinnie Barbarino. I'm at a good chino
Sippin' homemade vino with the Brooklyn Lordz
Crashin' the boards with my soul in a hole
I'll take you back to the future from the days of old
I'm too cold to hold, too hot not to burn ya
Don't stick your nose in business that don't concern ya
I might have to trip and flip like Ike Turner
You too old for schoolin', boy, when the money learn ya

Get Down de Everlast 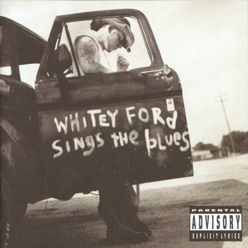