Marihuana cigarettes are called "Joints".
One that has been partially smoked is called a "roach".
Note this burned hotspot in the paper.
Unrefined marihuana, called "unmanicured", often contains seeds.
Marihuana seeds burned very hot,
often exploding like tiny bombs through the paper.
These bombcraters are clearly visible even at a distance,
to those who use their eyes. 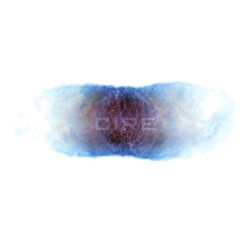