I take it back, back to the Golden Era of Rap
When it was exactly that
Not specifically jams in the park
But when emcees used to talk with advanced thought

D.J. Premier on the boards,
Can-I-Bus on the bars with the Lyrical Law
Just listen to the rhymes, don't behave cruel to be kind
And I'ma show you how I'm nice with mines
Forced to start from scratch to rhyme from the heart when I rap:
Looking forward to not looking back
I spit supernatural, look out for the planet sized shrapnel
Rip the Jacker bout to get at you
Rippin' seek and destroy the motherfucking beat mission
The rugged rouge boy rasta on 'roids tripping
Martial arts for the mind
Mandelbrot Hip Hop design
You don't understand, stop trying
The Hip Hop conglomerate, we legends putting it down
You got to honor it, fuck the politics!
The B-2 bomb pilot waitn' for that long silence
Then I will diagnose with tinnitus:
The cuneiform symbols on my uniform tell you what I been through
Nigga, I wish it was that simple
The Master Gunnery Combatant blastn' mixtape assassin
Cptn. Cold Crush get it crackin'
Heat it up til the bones blacken
My microphone double action, I grab it,
Switch to automatic
The savage spitting it rapid, I ricochet 7.62 Jacket
Full Metal Gold Plaque classics

The phonograph fascist, let's see who can reload fastest
Your chronograph is still in the past tense
Double shot glass of absinthe still spitting fantastic
You an absent has been, I'm still rapping
A Roman gladiator clashing, chariots crashing
Chest plates split in half with axes, blood splashing
What you wanna speak about? Let's weed it out
Before it turn into something somebody gotta bleed about
If I feel the need for speed do not freak out
Armour upgrade beneath seat mount, no seat belt
Breathe in, breathe out, then lean out
White phosphorus smoke screen the whole street out
Riot squad gotta reroute, Swat team can't see now
R.P.G. launch out the tree house
Got a casualty, tell me what the beef is about
He don't wanna talk, let him bleed out, don't need him now
P.T.S.D. emcee, the kind you read about
Turn the beat up Premier, this is how a beast sound 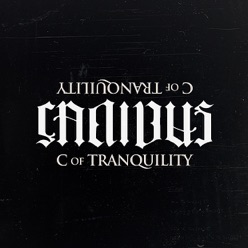