Golds in They Mouth

Master P
Golds in They Mouth Lyrics
[Chorus 2X: Master P]
Them boys from the south.. got golds in they mouth..
Don't trust them when this sun drought..
Cause them boys will take you out

[Master P]
Nigga thuggin' in the hood so I'm still in the game
I'm out that Calliope nigga, bout to let my nuts hang
I'm a No Limit Soldier and we running the streets
Respect my hood screaming CP3!
Big Boz uptown nigga holding it down
My lil cousin Hot Boy the new mayor of the town
See-Murder and Wango got the jets on lock
And me and Silkk, we the new f**king keys to the block

[Master P]
You got the dizzoe? Then meet me by the sizzoe
Me and Big Kirk, Uncle Nut, by a fizzoe
D and Hoy posted up by the Nolia (ya heard)
See Jeeko and Mutsi, they soldiers
You come short in my hood, then you get delt with
We take head shots like Preacher Man, you want feel shit
We throw it off like them boys in Texas
Lil Jay and Lil Keith, in a chrome grill Lexus
Me and Green in a Navi
Jump off boys.. jumping off like it's Cali
Roll through the Lou, holla at Nelly
Had two country girls shaking that thang in a Telly

[Master P]
Tank tops and bandannas, Low Riders on hammers
Rolls Royce's and Bentley's on twenty inch Sanders
ATL, on my way to the Gentlemen's Club
J.D. and Outkast showed me love
See Trick at the Grammy's, It was wack like the Wammy's
I said, 'Where's the baddest bicth?' He said, 'Miami.' (ha ha)
Cause I run with a gang of niggas
Like: Big Greg, T-Harris, O.G. and Killa
We roll through the beach, a couple of thugs in the hood

That bulls off the leash when we up to no good
It's a party in the projects every first and fifthteenth
And if you ain't from the hood, then you might get tripled
Teamed

[C-Murder]
Down South..
Now I'm one of them boys, gatted up from the south
Chrome toys, tatted up with them golds in my mouth
See-Murder (what?) True nigga, thugged out, hustle hard
From the streets, the CP3, my dogg they'll pull your car
Runnig from the cops.. we don't do it.. we disappear
Is tha bad? We second line yo ass up in my city
I'm from the N-O-L-I-M-I-T!
Don't give a fuck if you don't like me!
Yea, I walk with a lean like I'm on some other shit
I'm on top.. you can tell by my click
I'm from the south lil daddy.. can ya dig?
Now back the fuck up before I split yo sh.... 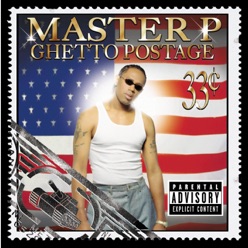