[Juelz]
Old timer want the block back, stop that
You been gone too long the young nigga said
Lord knows, whats goin through this young niggaz head
As the old timer stood and grilled him
Pissed off, shorty looked at his man
Touched his burner like I shoulda killed him
Shorty in deep, but hew don't care
But he don't know, these old timers don't play fair
There he go, postin on his strip again
Toast on him, niggaz wit 'em, posted on his shit again
(Uh-Oh) He actin like it can't and it won't happen
Old timer bout to blow dust off that old cabinet
(Thats,Thats,Thats) Where dem guns is kept
These young niggaz better show some respect (respect)
I'll Teach 'em a lesson, he said to his self
As he proceeded to pull the lead from his shelf
Now he headed towards shorty block, forty cocked
On his zip, on his shit, like he don't care who shorty wit
But somebody saw him, before he go to shorty
Shorty phone ring, somebody called him
Somebody warned him, he's comin he's comin
Shorty replied, somebody stall him
Then he crept up wit his goons and guns
Whispered in to old timers ear, death is soon to come

[Chorus]
They say hell is hot,but is heaven cold
Know one ever knows til you Gone, gone, gone

[Juelz]
Baddest bitch up on the block
Prolly make a nigga cum when as soon as she get up on the cock
She fuck wit Tony don't she (don't she)
Oh he's, not ya average drug dealer, fa sho he's
Bien watched by police, feds
Investigators, oh, can't forget the haters
Home girl ain't got a clue what he do for a livin
She jus think she got a dude wit a pension
She don't know dis dude is a henchman
And he move on dudes wit the cruelest intensions
All she know she got a brand new benz
And its big enough for her and all her brand new friends (Damn)
There she go, all through the street wit it
Dude in and outta towen, she all through the street wit it
We all know the street talk, we all know the street missin
Next thing she's missin....(music stops, phone rings twice)
"Hello", "Ay nigga I got yo bitch, have a million sent up or she dead"
Damn,she in deep shit, and she did nothin
I betchu she ain't see dis comin, but he did
Cause he did nothin, he ain't pay (pay)
He told 'em keep dat bitch, he okay
He got a wife and a kid, back home
And he don't care about the life that she live (Damn)
Now thats wrong (wrong)
But the story ain't over it drags on (aw man what happened next)
They wind up beating her down
Breathless, he winds up fleein the town (til the next bitch)

[Juelz]
And um, I say that to say this, alotta people don't appreciate life til their gone
I mean, alotta situations can be avoided, you just gotta avoid it ya dig
jus don't be one of them people I'm talkin bout, ya know.... 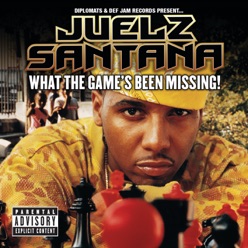 What the Game's Been Missing! (Explicit Version)
2005 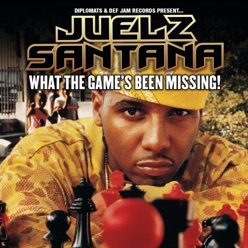