Now let's pray lord have mercy, help 'em God
Pastor Troy baby, and I'm- coming hard
Had to sit back, and see the big picture
Probably in the back seat, bustin' me a Swisher

Know how I getcha
Huffin' and puffin' and cussin' over percussion
Out the back field, two-thousand yards rushin'
I'm struttin', I'm rushin', spinnin', I'm jukin'
Gotcha girlfriend on the side-line lookin' (Whassup, baby?)

It's all a game, but the winner is the one who maintain
They all know my name, I'm the heavyweight champ
I rock the belt and got some killers on my camp

This drank done got me amp, it got me ready to shut the club down
Can't get all the way, for a motherfuckin touchdown
Let's clown
Dancin' in the endzone, I'm lookin' good, I'm lookin strong
Pastor Troy 'bout to getcha buck, tell them hoes it's on (Yeah!)

P.T. baby, I came to get crunk
I'ont get low, I'ont ATL stomp
All I do, is come through in the clutch (In the clutch)
Kick Atlanta shit, back Atlanta shit up
Them suckers took a real low, motherfuck a dutch
I'd rather grab a mic and grab my nuts
I got it in cruise control, I got it set

From Colli Park, bout to hurt a known in the Dec
All over Zone Three and Zone Four
Every set that you claim, I got a ho; you know
She ready!
Probably got more balls than you
She ready!

Hey, there boo, what they do
The Pastor, after me, there'll be three
Two that ain't there, and one you can't see
It's just me, the PT Cruiser
I'm independent, and bout to do ya
And it's... 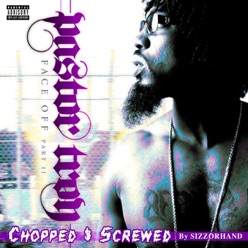 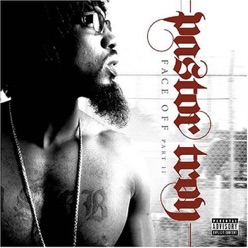