We back
Answer the phone when a real nigga call
Yea, Chanel Platinum what's happenin'

I just watched the whole game from the corner of the bleachers
And I seen niggas get on cause of they corny ass features
I played the humble role when niggas know I had that ether
Shit I got so many flows I ain't know I had either
Every day I wake up, thank the Lord cause that's my teacher
Kiss my girl, check my phone, grab my hat and then my sneakers
Bitch I'm back, here to save rap so where she at
Still rep that west side, Leimert Park so where we at
The most official, bitches see me in that new issue
So when my plane land she say "Dom I'll come and get you"
Shit is simple, my young niggas grab your pens and pencils
Don't try to be all flashy, just work on the fundamentals
Don't go between your legs before you even learn to dribble
And the man that has a lot, I bet he started with a little
So let yo shit rise and keep yo mind on potential
We all gotta grind, I do mine with instrumentals

To all the pretty girls waving and saying hi
We headed around the world so tomorrow say goodbye
It's the livest show on Earth, throwing money in the sky like
La, la, la, la, la

The two, this is going for the whole crew
Them niggas on the Shaw, pulling up in old school
I been waiting on this moment ever since like '02
So get up off the cooler and pass me a cold brew
Oh that's your new lady but to me she old news
She probably got me saved in her phone as Old Dude
Ask my nigga Mike cause I think he close too
I just tell her take a shower cause I'm finna roll through
She wanna spend money, tofu at Nobu
I just tell her let's chill, [?]
Come back, get it in like we really 'posed to
And after you don't know me and baby I don't know you
Keep it cool, I'm feeling like I really can't move
It's too many fine girls, dog I really can't choose
It's nothing that my last tape really ain't prove
I tell my niggas wake up, we finna make moves 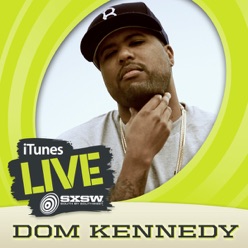