Scarface Good Girl Gone Bad Lyrics
(Verse One)
Mikey woke us up when he beeped us
Said he found some dope, not only dope but it was cheapest
Gave me the numbers, I said "Yo be,
My nigga Mike done found some bricks 11-7 a ki" (yeah)
It didn't sound legit, but still we chanced it
And if it came through, we hit a big lick
11-7 real clean
Then turn back around and sell them bitches for 17
We gathered up the money, we could score six
Headed out to meet him with 2 uzi's and four clips
Ready for whatever
If we went down, we went down together
We met him in his complex
Niggas were hanging out, "You ready to roll?" (Bet)
I knew it was fuckery
Wanted to see the money, said he never trusted me
But I can understand that
I got the money right here, now where's the fucking dope at
Now it's the time for the testing out the dope
To see if it's flour, sheep rock, or some powder soap
He went to his car to go and get it
And never came back, oh shit, I wasn't with it
Got me real mad
Now that's the first example of a good girl gone bad

(Verse Two)
Sticking around would be real dumb
Fuck this shit, I ain't waiting to see the outcome
I hopped in my muthafuckin' shit
Steady peepin' out my rearview, ready to shoot a bitch
I got on the phone and called Chiefey
He got me up with Jay, and I told him where to meet me
These niggas be jacking you in Texas
Met up into ?session? and tossed the money in a Lexus
I'm on my way back to the crib
Bido was ?naughty?, now guess what these niggas did
Tried to run us off the freeway
I slammed on my brakes, grabbed my shit and got ready to spray
And that's about the time be woke up
Popped in his clip, and lit him a smoke up
Doing about 90 trying to catch him
We spotted the bastard, said commence to shooting at him
Somebody was riding in the trunk
The bitch flew open, that was a nigga with a pump
He aimed at the windshield (Duck!)
Blasting the seat and in our face (Aww fuck!)
Jay and Chief must of followed us
Pulled up beside him, and pulled out the ride gun
Put the driver's ass in check
We veered to the left and watch the muthafuckas wreck
We exited the freeway fast
A perfect example of a good girl gone bad

(Verse Three)
Now it's time to do him
Called up Mike to help us find him cause he knew him
My nigga was real pissed
Cause them hoes that had him mixed up in the middle of this fuck shit
We followed Big Mike in his jeep
Snuck up on him and caught his ass in his sleep
His little boy was sleeping with him
I had to wake him up cause it was time to get him
But I ain't give a fuck what he done
I ain't gonna kill him in the presence of his fucking son
So I drug him outside
He started to beg "Bitch be the fuckin' lying"
Took him to the bayou
Your ass has got to go for that bullshit you tried bro
"But what about my son?" I got him
He's in real good hands, he'll close his eyes then I shot him
Now his son is calling me dad
I got something more valuable than money, from a good girl gone bad 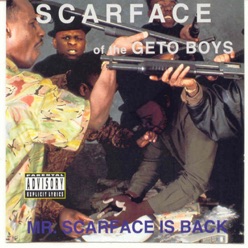 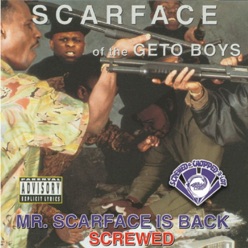 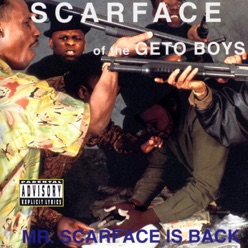